This is my last post from Switzerland! Today was my last day of work at UN Environment and I’m moving to London tomorrow. I haven’t thought so much about leaving Geneva because I’ve been so focused on my excitement about going to London. Since it’s my last night here, I’m going to do a roundup of my thoughts on Geneva.

Geneva is home to multiple big international organizations. Not only is there the United Nations European headquarters, but Geneva hosts CERN, the World Trade Organization, the World Economic Forum, and more. As a result, the population is very diverse, multicultural, multiracial, and speaks many languages. I’ve heard that as much as 60 percent of the population is non-Swiss. As an expat myself, this is really fun. I’ve met so many people from all over the world, even just within my office.

This also means that the population of Geneva is very intelligent and tolerant. Although I’ve definitely been subject to many questions about politics as the token American, I’ve never felt discriminated against as a non-Swiss resident. Also, a large portion of the people I’ve encountered in Geneva are multilingual. There are four official languages in Switzerland (Geneva is in the French-speaking region of Switzerland), and many people speak multiple of these languages in addition to English.

Everything closes earlier in Geneva than in the US. Grocery stores close at 6:30 or 7:00 PM on weeknights, earlier on Saturdays, and I have yet to find a grocery store open on a Sunday. In fact, it’s really difficult to find ANY store open on a Sunday. This includes pharmacies, coffee shops, and restaurants. On Saturday afternoons I always triple check that I have everything I need because if I don’t, I’m SOL unless I want to trek over to a farmer’s market.

When I first arrived in Geneva, I thought that this complete shutdown on Sundays was a result of religion. I soon learned that it is because the Swiss value ‘family time’ on Sundays. On Sundays, you’re supposed to go hiking with your spouse and kids. As a 22-year old single person, this could be a little annoying. But, it was a great excuse to have a totally lazy day. 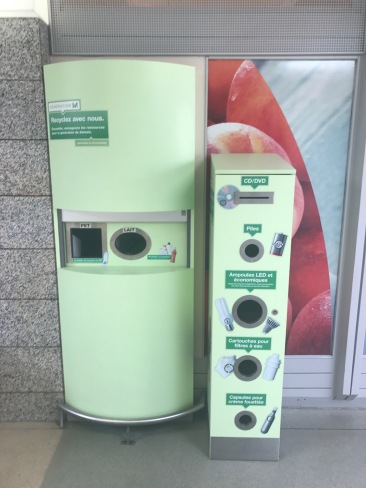 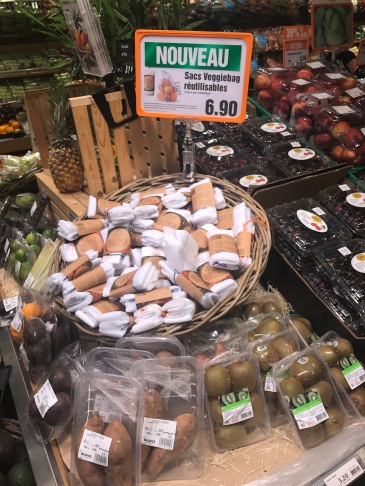 It is easier to find recycling bins in Geneva than trash cans. And not just simple recycling, almost all of the recycling bins throughout the city are separated into four different types of materials. The shops in Geneva also do not generate as much trash as in the US. Most places do not sell single-use packaging, to-go cups are hard to come by and often come with a cost, and at grocery stores it is expected that you bring your own bag or you pay for a recyclable paper bag. The apartment complex I live in even has compost pickup bins.

Geneva is crazy expensive to live in. The prices are so absurd that I’m actually looking forward to going to London because it will be much more reasonable. This makes going out or doing anything with a price tag unfeasible. If you go to a bar and order a single drink, you’re likely to pay upwards of 15CHF. It’s really wild.

LOVE: But wine is cheap

Everything else may be more expensive, but wine is much cheaper. I’m assuming this is a result of lower import cots. You can get a good bottle of French or Swiss wine for 4-5CHF ($4-5).

Even though there’s not much to do in the city of Geneva itself, Geneva is a great launching point for travelling to other places. There is a convenient train station and airport, and Geneva is not far from some beautiful places in Switzerland, France, Italy, and Germany. I took advantage of this early on in the summer, visiting Lausanne, Paris, and Milan.

The extremely high cost of living in Geneva means that many people live in France and commute into Geneva daily. There is also a significant affordable housing shortage, meaning that many people who are here in the short-term have a hard time finding housing and may move around quite a lot. Furthermore, Geneva lacks a residential city center. The result of all of these factors means that people live very far apart from each other and it makes planning meetups with friends very difficult. Combined with the high cost of doing anything, this makes going out challenging and often an unattractive option.

I strongly identified with many of the items pointed out in this Vox article about living and working in Switzerland as an American. The author accurately notes,

“In Switzerland, you don’t arrive to a meeting late, but you also don’t leave for your lunch break a second past noon. If it’s summer, jumping into the lake to swim with the swans is an acceptable way to spend your lunch hour. If you eat a sandwich at your desk, people will scold you.”

People work hard, but they also recognize the importance of taking breaks and prioritizing your own life before your work. It’s an approach that I’ve noticed is very conducive to producing great work and also being a lot happier. Working yourself into the ground isn’t good for your personal or professional life yet this seems to be pervasive in American work culture.

As I wrote about in my previous post on biking in Geneva, the roads are designed in a way that is very conducive to safe bike traffic. The bus and train system in Geneva is also well-designed, albeit expensive commensurate with prices in the city. In Geneva, you are not limited in your access to public transportation by living outside the city center. Moreover, the buses and trains run practically like clockwork. It’s very Swiss. 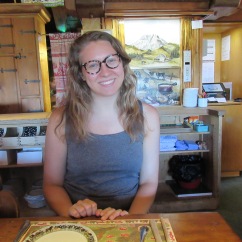 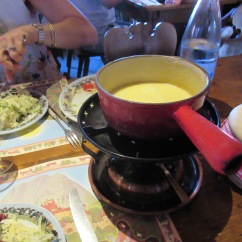 Fondue in Gruyères was a highlight 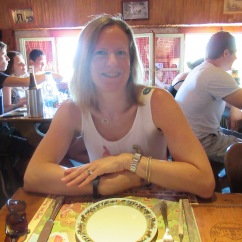 Since eating out  is so expensive, I’ve cooked 99% of the meals I’ve eaten in Geneva. With the exception of one awful case of food poisoning from some contaminated eggs, the quality of food in the grocery stores is much higher than in the US. Even the budget level food is of a pretty high quality. Fruits and vegetables are only sold when they’re in season, and most of the produce is local(ish). Also the selection of cheese and chocolate is unparalleled. 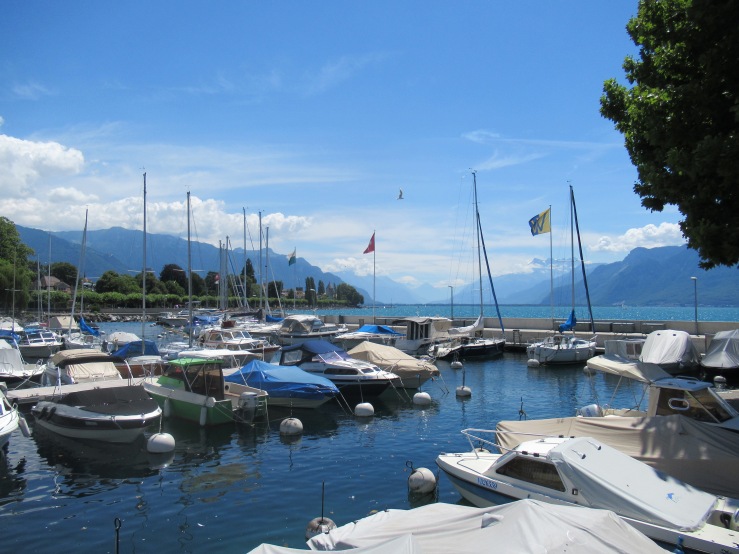 The water of Lake Geneva is amazingly clear and clean. My favorite (and cheapest) activity this summer has been spending afternoons by the Lake and in the water. The water is so clean that you can safely drink out of public fountains around the city. This is particularly helpful if you’re trying to avoid single-use plastic items like water bottles.

Overall, Geneva is a really nice place to live and a beautiful city. I think it is more suited for people who are more settled in their professional/personal/social lives than I am. Right now, I’m a little too young and restless for Geneva. As much as I’ve enjoyed this summer, Geneva reminded me of being in Ohio in a lot of ways. Last weekend I went for a hike in Salève and it was an incredible escape into nature that made me feel very peaceful. At the same time, in Geneva I’ve felt some of the restlessness I experienced growing up in Ohio. I’ve appreciated my time in Geneva, but I’m definitely ready to move on, for now.