Today, July 11th, is UN World Population Day. According to the UN Population Division, “Current estimates indicate that roughly 83 million people are being added to the world’s population every year. Even assuming that fertility levels will continue to decline, the global population is expected to reach 8.6 billion in 2030, 9.8 billion in 2050 and 11.2 billion in 2100, according to the medium-variant projection.” The massive projected increases in global populations will continue to strain the world’s resources. Currently there are still more than 200 million people worldwide who are food insecure, and that number will only grow as population and climate change put pressure on the agricultural sector. 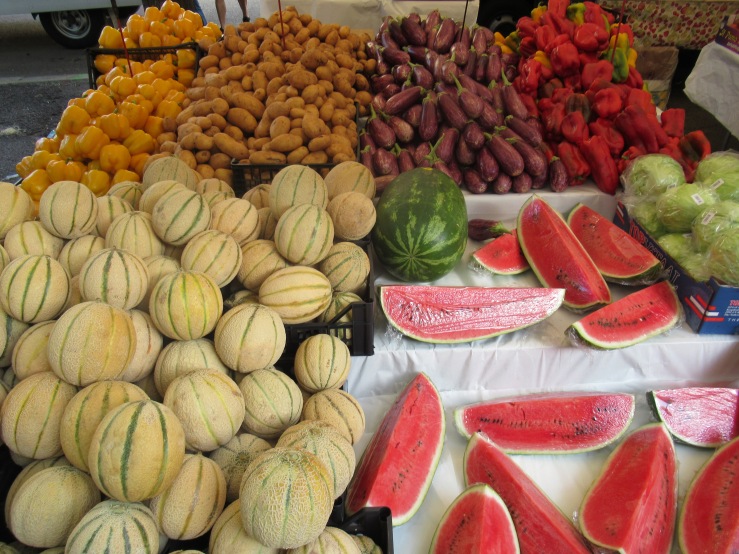 Here are five interesting articles from this summer that I recommend reading on the issues that a growing world population will face:

“By 2080, without dramatic reductions in emissions, southern Europe will be in permanent extreme drought, much worse than the American dust bowl ever was. The same will be true in Iraq and Syria and much of the rest of the Middle East; some of the most densely populated parts of Australia, Africa, and South America; and the breadbasket regions of China. None of these places, which today supply much of the world’s food, will be reliable sources of any.”

If this article doesn’t scare the pants off of you, I don’t know what will. I particularly recommend section III on food and agriculture and section IV on oceans since they relate to feeding a growing population. Sometimes we can be inclined to dismiss articles as extreme in their fear-mongering as this one, and many critics of this article have noted that doomsday scenarios are not the solution for galvanizing action. However I think that is entirely the point: climate change should scare the shit out of you.

“Men are more likely than women to hide their greenness—maybe because both sexes associate environmentalism with femininity. In experiments, shoppers who used a canvas versus a plastic bag were rated as more feminine, and men avoided products that were marketed as green—unless their manhood was affirmed first.”

This is a smart and interesting piece on the way that social status and gender play into personal sustainability. It highlights how not only our moral and ethical codes (as well as economic considerations) factor into these decisions, but in addition how others perceive our green efforts. Says the girl with a blog…

“Wastewater is usually contaminated with varying levels of excreta-borne pathogens, which put not only farmers but also consumers at health risk, especially where irrigated crops, like certain vegetables, are eaten raw. The wastewater irrigation pathway can become an infection highway, leading to intestinal infestation with parasitic worms, diarrhoea and even potential outbreaks of cholera.”

A case study on what happens when farmers are poor, agriculture is pressed, and people don’t have access to the resources they need to produce and consume healthy food (in this case healthy refers to the safety of the food). Just one of many potential problems that could occur as poorer countries are squeezed by food demand.

“With more than 90% of Malawi and the region depending on rain-fed agriculture, it does not need scientists to tell people that the climate is changing.”

Some of the areas of the world with the highest rates of population growth and with high population densities will be displaced in the near future as a result of more frequent and severe climate-related events. There are some very vulnerable populations at extremely high risk.

“In India’s water wars, rivers are a resource to be harnessed and extracted for each riparian party’s maximum benefit. Very little emphasis has been placed on conserving and protecting existing water sources. And not one inter-state negotiation has prioritised pollution abatement or demand management.”

This is a nation with an exploding population. This is not a country that can afford to have diminishing resources, especially due to negligence and mismanagement. The article demonstrates how a nation strapped for resources loses sight of the future in trying to provide for the future, which will cause even greater issues down the line.